Wisconsin Manufacturers & Commerce (WMC) is the largest and most influential business association in the state, working to make Wisconsin the best place in the nation to do business. We are the state chamber of commerce, state manufacturers’ association and state safety council. WMC is also affiliated with WMC Foundation, which runs programs including the Future Wisconsin Project and Wisconsin Business World. WMC is proud to have been serving as Wisconsin’s business voice since 1911, representing over 3,800 member companies, spanning all sectors of the economy.
Contact Us

Founded in 1911, Wisconsin Manufacturers & Commerce is the state’s chamber of commerce and largest business trade association representing more than 3,800 employers of every size and from every sector of the economy. 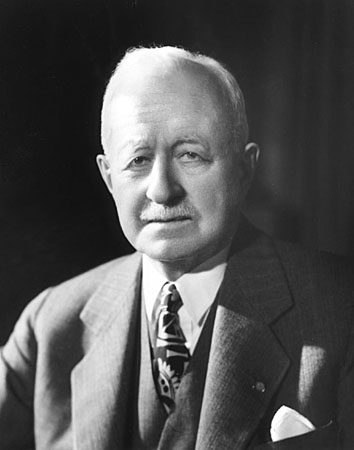 A group of 16 men led by F. J. Sensenbrenner gathered on November 10, 1910 to initiate plans for development of a statewide organization which would represent industry and promote its interest. On January 18, 1911, their ideas became a reality with the formation of the Wisconsin Manufacturers’ Association (WMA). In addition to Sensenbrenner’s full-time responsibilities at Kimberly-Clark, he also served as WMA’s unpaid lobbyist until 1919 when a full-time staff person was hired. The association had 200 members and the dues were $25 per firm.
1911 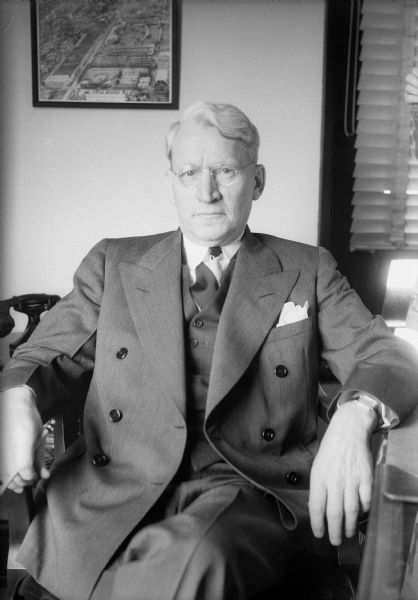 George F. Kull, who had been on the staff of a Fox River Valley newspaper, was hired in 1919 as WMA’s first executive secretary and manager. He also became its first full time lobbyist, working at the WMA office in Madison. Kull served on the Workmen’s Compensation Advisory Council, and was named a member of the Unemployment Compensation Advisory Committee when it was organized in the mid 30’s. Kull hired a staff member to travel around Wisconsin explaining the free enterprise system to school children. Under his guidance, membership reached 600.
1919 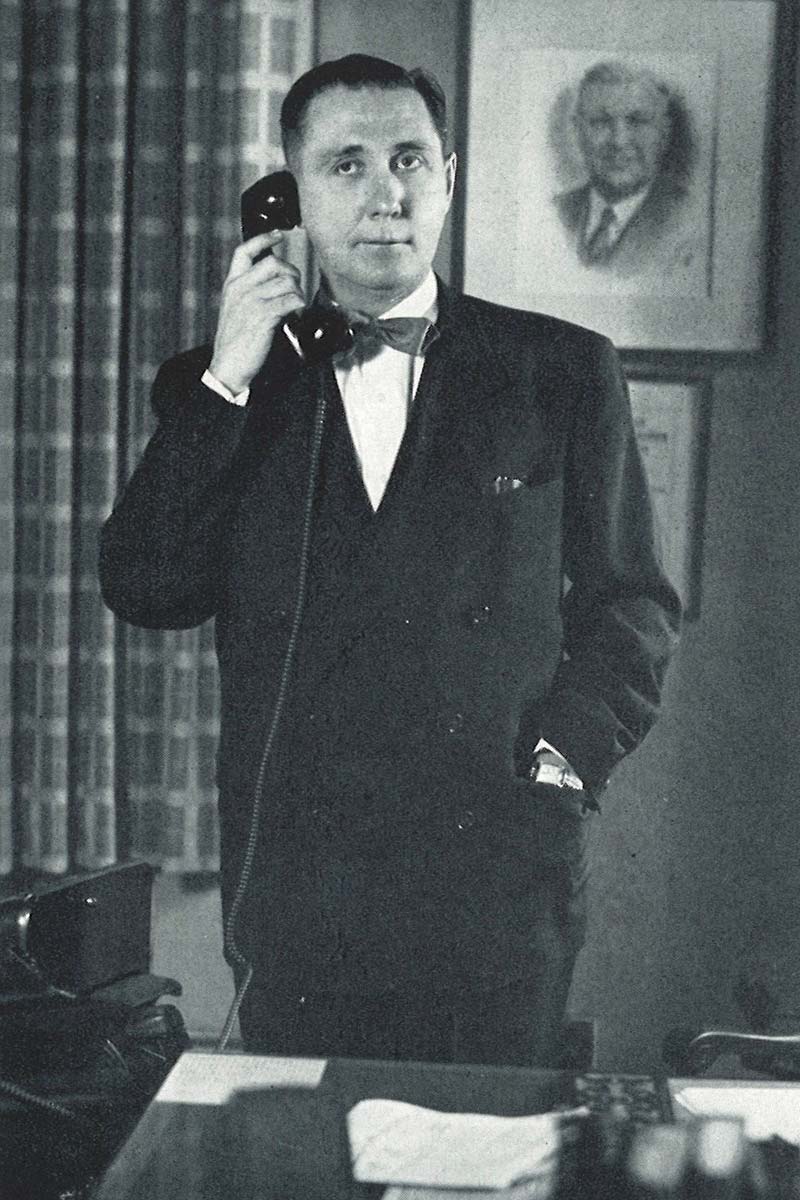 Robert Ewens succeeded Kull as executive secretary in 1946. He helped to organize statewide manufacturers’ associations in other states and was considered an effective spokesman in Madison and Washington D.C.
1946 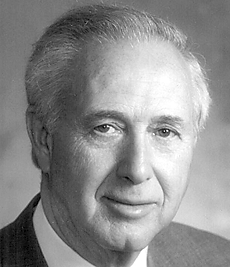 Paul E. Hassett, executive secretary to then Governor Warren P. Knowles, assumed the office of executive secretary in 1970. During Hassett’s term, the Wisconsin Council of Safety became a division of WMA in 1973, and a political action committee was established in 1974. In 1976, after two years of negotiation, WMA merged with the Wisconsin State Chamber of Commerce to become the Wisconsin Association of Manufacturers and Commerce.
1970 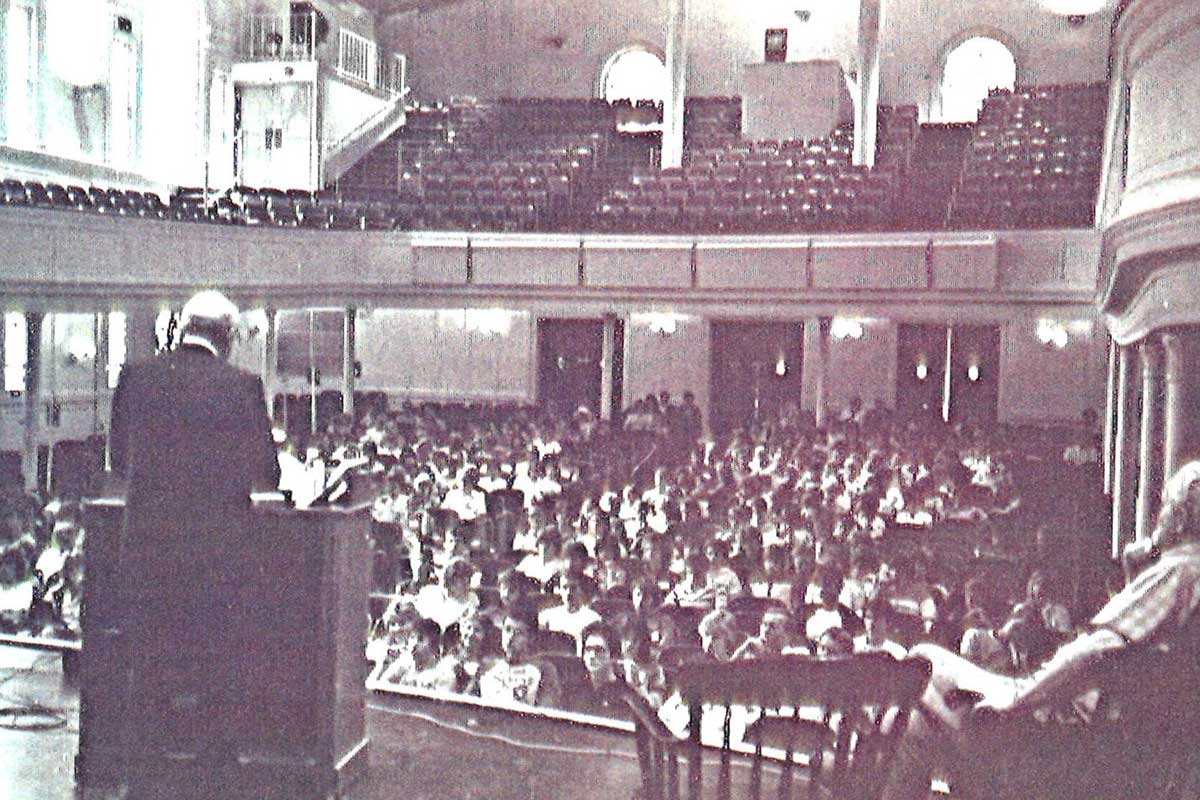 In 1981, the WMC Foundation was organized to sponsor Business World, a then week-long program held each summer to help high school students and teachers learn how the free enterprise system works. Hassett initiated the move of the office from Milwaukee to Madison.
1981 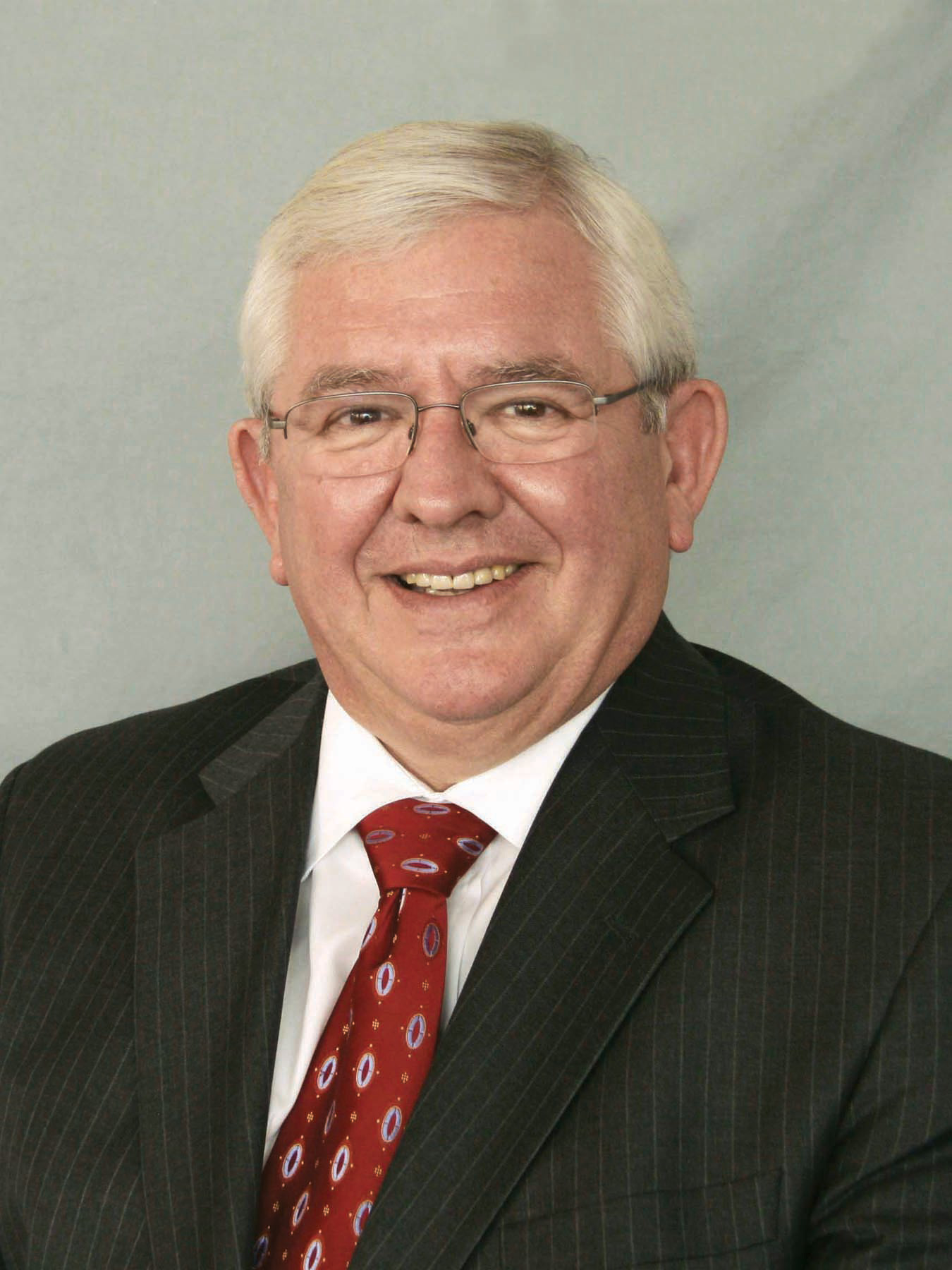 James S. Haney replaced Paul Hassett as president in June 1985. The move to Madison became a reality and the association moved into its newly constructed building in May 1986. Along with the move to Madison, the Wisconsin Association of Manufacturers and Commerce became Wisconsin Manufacturers and Commerce (WMC). Over the 75 years, WMC had grown steadily from the original 200 members to more than 3,000.
1985 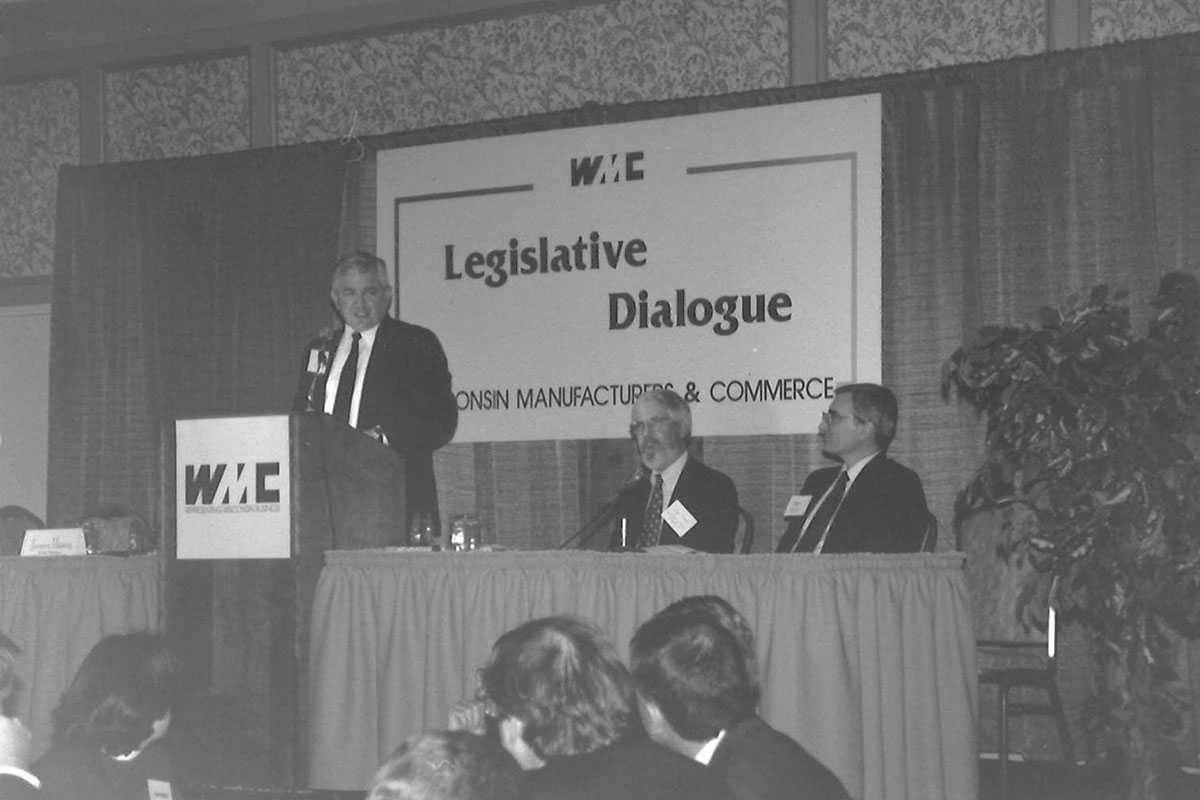 From 1987 to the present, the success of the WMC government relations team in projecting and accomplishing a proactive business agenda has been second-to-none. Staff additions in the areas of environmental, taxation, energy, transportation, health care and human resources policy have strengthened WMC’s in-house expertise.
1987 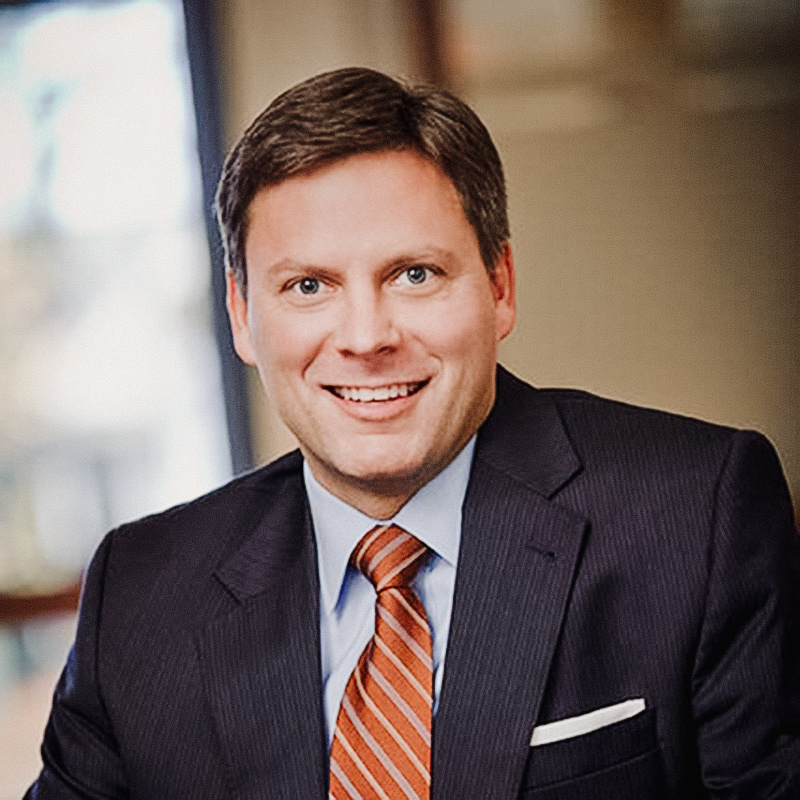 Kurt R. Bauer became the fifth chief staff executive of WMC in March 2011, the same year WMC celebrated its 100th anniversary. Under Bauer’s watch Wisconsin became the 25th Right-to-Work state and adopted a landmark manufacturers and agricultural production tax credit. Those reforms, along with many others, fundamentally improved Wisconsin’s business climate. Bauer also oversaw the first remodel of the WMC Building since its construction and created the Coolest Thing Made in Wisconsin contest to promote manufacturing. In 2020, WMC was recognized by its peers as State Chamber of the Year.
2011

Bauer and his team at WMC will continue to work tirelessly to act as Wisconsin’s business voice and advocate on behalf of all businesses in Wisconsin to make the Badger State the most competitive state in which to do business.
Learn More